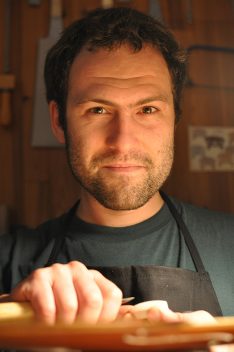 Born in Quebec, Canada, Viateur Roy spent much time exploring the local forests and the family sawmill. As a child, his father taught him how observe the attributes of the trees around him, with special attention to their wood. His mother provided him with a musical education at Les Petits-Chanteurs de Trois-Rivières (Pueri Cantores)-Québec, Canada. During this time, while studying with Monseigneur Claude Thompson and Paul-André Bellefeuille, Viateur began to develop a deeper awareness of the different qualities that sound can possess. This became a lifelong interest that has fueled his passion for violin making.

As a teenager, Viateur showed great interest and skill in woodworking in all its forms and attended the the National Furniture Making School. He learned marquetry and sculpture basics. Later, he would specialize in staircase making and drawing, working under the French artisanal knowledge of Alain Guillon and Jean-Pierre Plessix. Finally, Viateur combined his skills as a woodworker with his passion for sound and music by enrolling at the National Violin Making School of Mirecourt.  After graduation, he worked as M Robin’s assistant in Angers, France for nearly 10 years. During his time with M Robin, Viateur was able to work as a mentor for trainees, teaching scroll sculpture technique.

Viateur now uses the skills and experience that he has collected over the years as an established instrument maker. His inspiration is the combination of classical instruments he studied while working at M Robin’s workshop, the drawings of François Denis, and valuable exchanges and collaborations with colleagues from Angers and around the world.

2015
Italy – Cremona : Silver for violin (no gold awarded in these categories
Silver for cello at this edition) 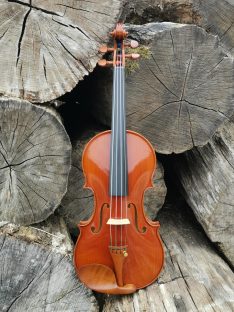 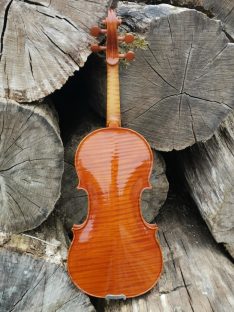 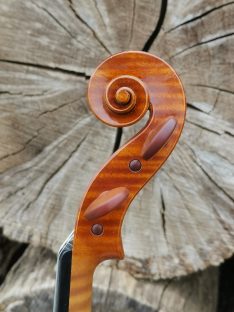