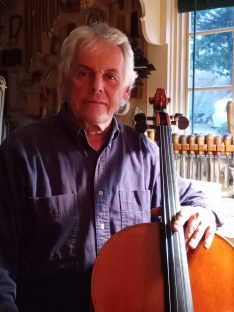 In the mid 1970’s, Ray studied art and violin performance at the University of Lowell in Massachusetts. At the suggestion of one of his professors, who saw his ability in working with wood, Ray decided to take courses at the University of Rhode Island. There, he studied bow repair and rehairing with Arnold Bone, and violin repair with Hans Nebel. At the suggestion of Hans Nebel, he traveled to Salt Lake City, Utah to study violin making with Peter Paul Prier at the Violin Making School of America. During that time and after graduating, Ray worked in violin shop at Peter Priers for two years doing repairs and restorations.

In 1983, Ray traveled back to Massachusetts to develop the violin making program at the North Bennett Street School in Boston. He was the founding teacher of the program. During the four years that he taught at NBSS, he continued making and restoring stringed instruments. Since then, he has maintained his own shop. Ray no longer does repairs and restorations.

Raymond Melanson’s violins have been distinguished by 14 awards given at competitions of the Violin Society of America, three of them silver medals for tone. Most recently, he won a gold medal for tone at the 2012 Art of Sound International Competition.

During his 38 years as a violin maker, he has built over 355 instruments, 92 of them cellos. His instruments are owned by musicians all over the world, many of them by well-known soloists, musicians in major orchestras, and recording artists. 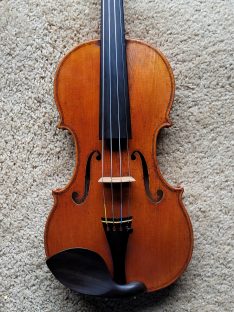 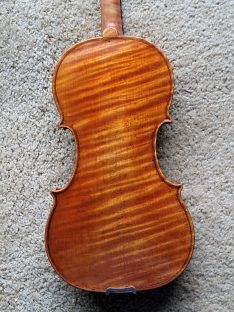 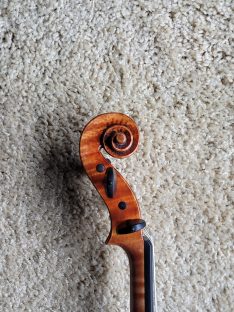