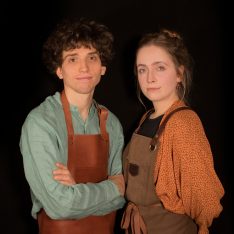 Agnete was born in Copenhagen in 1994. Already as a small child she developed an affection for music, not least inspired by her parents, and the violin soon became the object of her affection. Furthermore she has always had a strong passion for craftsmanship, and at the age of 19 she succesfully applied for an apprenticeship at the Scrollavezza Violin Making School of Parma.

Pietro, born and raised in Parma, was originally a classical guitar student at the conservatory of Parma. Being endowed with an inquisitive mind he has always spent time figuring out how things work which among other things led him to experimentations within guitar making. Little by little the universe of lutheria unfolded and consequently he too entered the Parma School of Violin Making.

During their 5 years of basic education Pietro and Agnete had the opportunity to study under the guidance of many great craftsmen such as Renato & Elisa Scrollavezza, Andrea Zanrè, Michele Dobner, and Frédéric Noharet. After the first year of study, they established a ’spare time workshop’, thus enabling themselves to enhance their skills and nurture their talents. After graduation in 2019 they took the great plunge and established their own professional workshop. However they continue to broaden their knowledge attending membership-courses offered by the VSA as well as participating in various masterclasses. They are mainly inspired by the works of early 20th century violin makers, more specifically Gaetano Sgarabotto and Giuseppe Ornati. In 2022 they received the Maggi Award from the violin making competition of ANLAI in Pisogne. 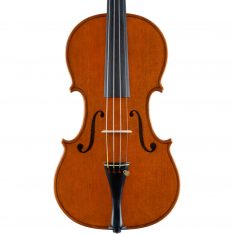 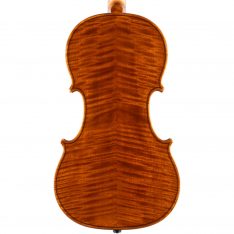 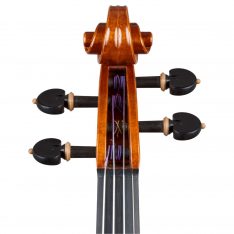