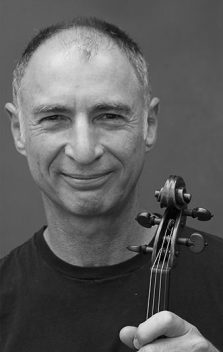 Joseph Curtin is a violin maker, writer, researcher, and 2005 MacArthur Fellow. Born in Toronto, Canada in 1953, he began violin lessons at twelve, then went on to study music and philosophy at the University of Toronto and viola with the Israeli soloist Rivka Golani. Curtin took up violin making under Otto Erdesz in 1977. He subsequently worked as a maker in Toronto, Paris, and Cremona.

In 1985, he and Gregg Alf established the firm of Curtin & Alf in Ann Arbor, Michigan. Twelve years later, Curtin opened his own studio. He currently builds traditional, ultralight violins and violas on commission. Joseph Curtin and Fan-Chia Tao are co-founders and co-directors of the VSA Oberlin Acoustics Workshop. Curtin’s work with Claudia Fritz and Fan Tao has led to three papers on blind-testing violins, published in the Periodical of the National Academy of Sciences.

Curtin is a frequent contributor to The Strad and Strings magazines. He has lectured internationally on the art and science of violin making, including physics colloquia at Stanford, Princeton, and Cornell Universities, and the Perimeter Institute for Theoretical Physics. Joseph Curtin lives near Ann Arbor, Michigan, with his wife, the singer-songwriter and sculptor Jesse Richards.