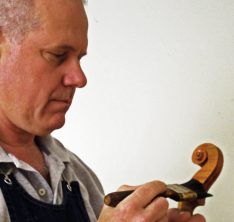 James McKean is celebrating his forty-ninth year as a violinmaker. He’s made more than two hundred violins, violas, and cellos since 1977, when he was a member of the second graduating class of the Violinmaking School of America in Salt Lake City, Utah. He then returned to his native New York, spending three years working with master maker and tonal expert Vahakn Nigogosian before opening his own shop in the city in 1980.

Since 2004 McKean has been able to devote his time solely to making. His instruments have garnered awards in international competitions, including a Gold Medal for viola from the Violin Society of America.

McKean is a corresponding editor for Strings Magazine, where his articles appear on a regular basis, and he is former President of the American Federation of Violin and Bow Makers. 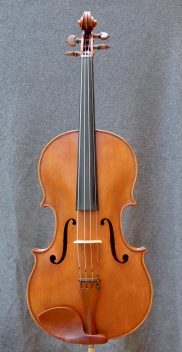