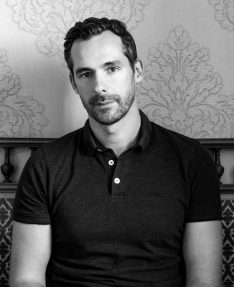 Gilles Nehr was born in the southwest of France. At age 16, attracted by the profession of his cousin, bow maker Jean-Pascal Nehr, Gilles Nehr became his apprentice in Marseille and graduated in bow making at Mirecourt at 19.

In 1997, convinced by his knowledge of the purest French tradition, René Morel hired him as the only bow maker in his workshop on 54th street in New York City. Gilles Nehr was the bow maker of the world’s top musicians: Itzhak Perlman, Pinchas Zukerman, Isaac Stern, Joshua Bell, Midori, Jamie Laredo and many more. During this time, as he restored and observed bows of unique beauty and value, he developed a new concept of the bow. He sought to address the weaknesses of classical bows while providing concrete answers to the string-player’s requests. The Tête-Bêche bow was born.

In 1999 Gilles Nehr left René Morel rare violins to open his own workshop in Manhattan. Along with selling his own bows, traditional and Tête-Bêche model, he was the exclusive caretaker of the Juilliard School bow collection.

In 2002 Gilles Nehr moved back to Europe and set up his new workshop in Lisbon, then Rome, Berlin, and Bordeaux where he currently lives.