Thomas Croen came to violin making with a long history of two merging interests; woodworking and music. He moved to Salt Lake City in 1977 to enroll in violin making school, and after decades of dedication to his work, still maintains his excitement for carving, shaping arches and corners, making scrolls, and bringing to life a new instrument. He works in a classical style, but has long since stopped directly copying and allowing himself to have his own style of work.

Tom competed in the VSA competitions in 1984 and 1986, winning 3 gold medals. No longer able to compete as a “Hors Concours” maker, he still finds it easy to stay challenged and inspired. He has been a workmanship judge at two VSA competitions, and served two terms on the VSA board.

Tom enjoy being involved in the broader instrument community. He is also a member of the American Federation of Violin and Bow Makers, having served on their board of directors for two terms. The friendships he has formed through this work have led to many working trips and conferences across the world that further his interest and passion to be a violin maker. 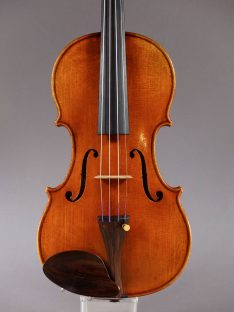 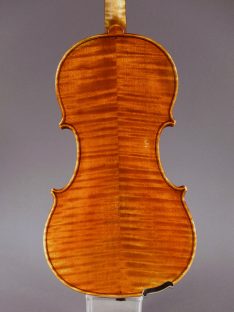