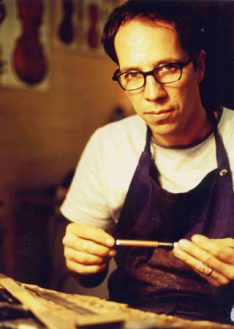 In 1974, Jean-Pascal Nehr started his apprenticeship at the school of Mirecourt with the master bow maker Bernard Ouchard. In 1977, Nehr opened his workshop in Paris where, alongside repair and restoration of bows old for luthiers, he created his own bows inspired by FN Voirin (the modern “Pie”). From 1986 to 1990, Nehr worked in the workshop of CL Hommel luthier in Marseille before setting up at his home. Since then Nehr has devoted himself to the creation of more and more bows inspired by the French school of the early 19th century, in particular FX Tourte.

1989: winner of the Mittenwald competition

1992: winner of the Manchester competition

1997: diploma of best worker in France