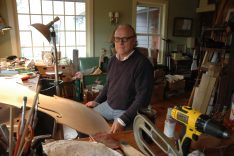 At the age of 20, David Wiebe began his training at the Violinmaking School in Mittenwald, Germany after which, he returned to his home in Nebraska and established his business in 1973.  During his 30 years in Nebraska, he made instruments for Eric Bartlett, Samuel Mayes, Yehudi Menuhin, Zara Nelsova, Aldo Parisot, Leonard Rose, and Michael Tree, to name a few.

In 2002, David moved his home and business to Woodstock, New York where he continues to make violins, violas, cellos, and basses in a beautiful workshop on Glasco Turnpike.  As a foundation for designing his own models, David’s violinmaking style is inspired and strongly influenced by the great 17th and 18th century Italian Masters.

His instruments are known for their powerful and characteristic tone, as well as his individual, personal and recognizable style of workmanship. 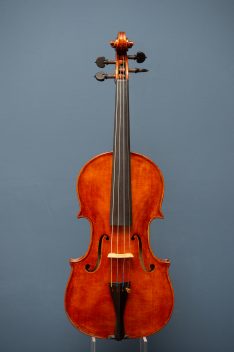 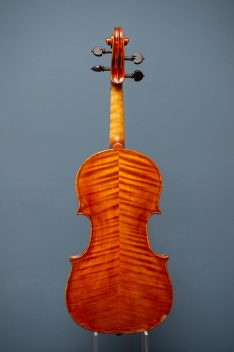