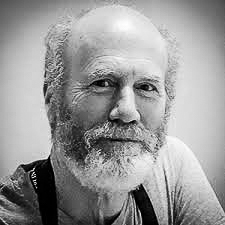 Born in San Francisco in 1951, David Gusset studied art and music from an early age. His career in violin making began in 1974 as a student at the Violin Making School of America under the tutelage of Paul Hart and Peter Prier. In May 1977, he became one of the first graduates of that program and shortly returned to San Francisco to learn violin repair and restoration in the workshop of Frank Passa, a former pupil of Simone Fernando Sacconi.

David currently lives and works in Eugene, Oregon devoting his time primarily to new-making, but also to the repair, restoration and appraisal of historic instruments. In addition to violin work, he also has a strong interest in Community, Architecture and Historic Preservation. He is owner and restorer of the 1870 Gothic Revival “A.V. Peters House” in Eugene listed on the National Register of Historic Places.

1978 and 1980 – Awarded three gold medals at Violin Society of America international competitions and subsequently designated “hors concours” by the VSA in 1983.

1983 – Prize winner at the AFVBM competition at Lincoln Center, NYC.

1985 – Recipient of both the Gold Medal for violin making and the special Simone Fernando Sacconi medal for “The instrument most representative of the classical Cremonese school” at the Cremona, Italy Antonio Stradivari international triennial competition. Gusset remains the only American to ever win the Gold medal for violin at the Stradivari competition.

From 1983 to 2018 – Member of the AFVBM (American Federation of Violin and Bow Makers). Since 1990 member of the EILA (Entente Internationale des Maitres Luthiers et Archetiers d’Art). Recipient of grants from the Smithsonian Institution and from the Fine Arts Museums of San Francisco to prepare detailed illustrations of the 1687 “ex-Ole Bull” Stradivari violin and the 1742 “ex-Ferdinand David/Jascha Heifetz” Guarneri del Gesù violin. Contributor of articles to Strings Magazine, The Strad, American Lutherie, and other publications. Staff member and regular participant at the VSA’s Oberlin College summer international violin makers’ workshop. 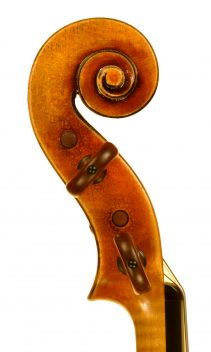