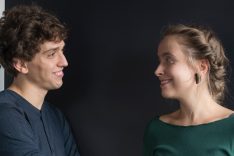 Pietro Iotti and Agnete Vibe are two young violin makers who have united in their shared love for this antique and precious work and out of Parma, Italy they craft unique instruments inspired by the methods of the classic Parma School of Violin Making. Born in Copenhagen in 1994 Agnete’s parents shared their love of music with her from an early age and the violin quickly became the object of her affection. Her passion for craftsmanship meant that at 19 years old, she moved to Italy to enroll at the Scrollavezza Violini Making School of Parma.

Pietro, a Parma native, studied classical guitar at the conservatory, and his inquisitive mind, always keen on figuring out how things work let him to experiment with guitar making. Quickly the world of lutherie unfolded and so he also entered the Parma School of Violin Making.

Here, Pietro and Agnete had the opportunity to study under the guidance of many great makers here amongst Renato and Elisa Scrollavezza, Andrea Zanrè, Michele Dobner and Frédéric Noharet. After their first year of study, they established a workshop together in which to further practice their talents. After five years, they graduated and felt ready to venture into establishing their own professional workshop. However, they continue to further their knowledge through membership of the VSA and the courses they offer as well as masterclasses.

Their main inspirations are the works of early 20th century violin makers like Gaetano Sgarabotto. 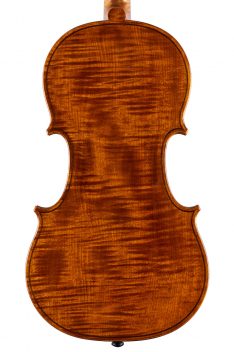 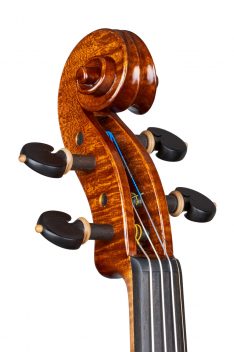