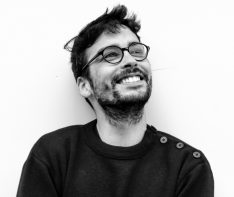 Louis Gord grew up in Angers in a family filled with artists and musicians. He studied viola at Angers’s Musical Conservatory for twelve years and has played in orchestras and chamber music ensembles. His love for music and crafts pushed him to the service of performers and their instruments. In 2012, he graduated from the International Violin Making School of Mirecourt in France.​

During his studies, he notably worked with Jérome Doucet in Angers and Vatelot-Rampal in Paris on restoration and maintenance of antique and rare instruments. However, he quickly grew fond of making modern instruments. After school, Louis worked with violin makers Marcus Klimke, Antoine Cauche, Patrick Robin and his assistant, Viateur Roy.

In January 2014, he became Isabelle Wilbaux’s assistant in Montreal, Quebec. For their mutual work on a viola, Isabelle and Louis won a fabrication credit certificate and a sonority credit certificate, during the 2014 Violin Society of America competition in Indianapolis.

During the 2018 VSA Competition, he was awarded a Certificate of Merit for Workmanship for his viola.

Since June 2019, Louis works full time on his own creations. 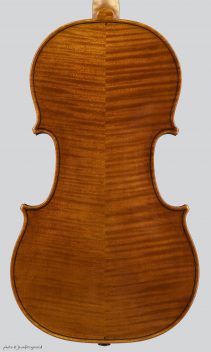 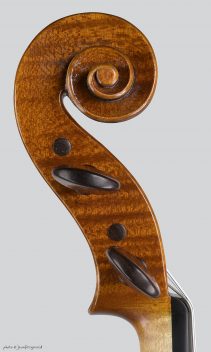