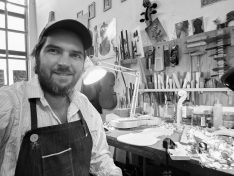 Artur Friedhoff was born in Barcelona, Spain, to a family of musicians. Both his parents being cellists, he started playing the violin as a child, performing with his brothers and going on to win several junior chamber music awards. Since a very early age he had the curiosity for woodworking as well, and when his uncle introduced him to violin making on a lazy summer afternoon, it was only a matter of time before he built his first violin at age 15.

He immediately engaged in the journey of the self-taught with passion, turning to renowned Catalan violin maker David Bague for inspiration and consultation.

In 2004 he joined the Polytechnic University of Catalunya where he underwent seven years of engineering studies, specializing in the field of microelectronics and culminating with the design of an award-winning digital stringless violin.

In 2011 he apprenticed under VSA gold medalist Paul Hart in Utah, with whom he honed the skills of the trade, and then returned back to Spain to open his own workshop.

In 2013 he joined the prestigious Ifshin Violins shop in El Cerrito, California, where under the close watch of shop foreman and multiple award winner violin maker Haide Lin, he familiarized himself with the intricate world of repairs and restoration.

In 2018 he was invited to participate in the renowned Acoustics Workshop in Oberlin, where he collaborated and experimented with world-class violin makers.

Nowadays Artur divides his time between working in his own studio in Oakland, California, where he focuses on building new instruments, and the Ifshin Violins shop, where, having the chance to work on many fine instruments, he is still gaining invaluable experience in tonal adjustments and instrument setup.

Artur’s violins have been granted Certificate of Merit for Tone awards by the Violin Society of America in the 2014 and the 2018 International Competitions. 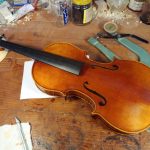 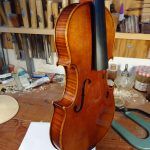 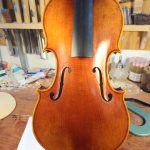 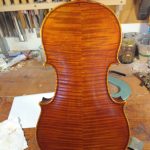 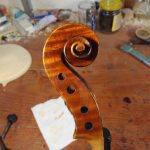 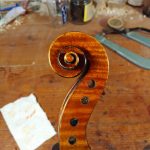 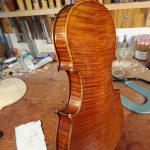